Are you up for the challenge?

Choosing a sustainable and plastic-free lifestyle is a choice only you can make. However, it is one that can be broken down into small, easy and everyday steps, that after a while, become habits. While a world free from plastic will not fix all our climate and environmental problems, it is something that we – as individuals can collectively do, and have an impact on.

I like to think of myself as an eco-conscious individual with a ‘green biz’, which means making conscious, considerate decisions in order to create a positive impact – on myself, the people around me and the planet. Also, I try to be as sustainable within Curlicue NZ as is practical (for me as solopreneur).

So I think now is the perfect time to talk about “Plastic Free July” – an opportunity to put our sustainable values into practice for permanent change. The movement encourages you to make a conscious decision to move towards a sustainable and plastic-free lifestyle. Plastic Free July challenges all of us to consider the ways in which we contribute to the global plastic problem.

“Plastic Free July is a global movement that helps millions of people be part of the solution to plastic pollution – so we can have cleaner streets, oceans, and beautiful communities.”  ~ www.plasticfreejuly.org 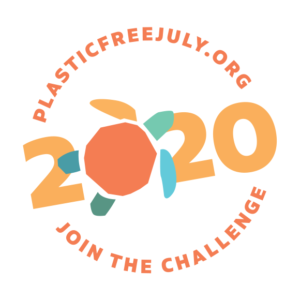 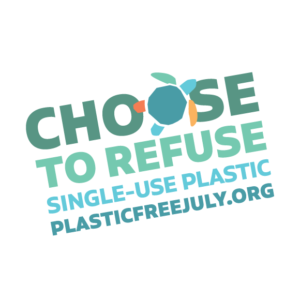 What was once seen as a technological innovation is now a world-wide crisis. Plastic is much cheaper to produce, than any other packaging options, which has seen it dominate most products and their packaging, seen in our shops today.

From when we brush our teeth in the morning, to our clothing, food, offices, cleaning products, and watching TV at the end of the day – plastic is all around us. It can be hard to imagine leaving the supermarket without at least one item that isn’t in a plastic container or wrapped in plastic packaging.

The world now produces more than 380 million tonnes of plastic every year, which could end up as pollutants, entering our natural environment and oceans. [1]

Given 97% of New Zealanders have access to recycling facilities (such as kerbside recycling for paper, glass, cans and plastics 1 and 2, and in some cases 1 – 7) – why are we doing so badly?

Plastic currently accounts for around 8% of New Zealand’s waste by weight. However, because plastic is so light, it’s estimated to fill as much as 20% of our landfill space. Around 252,000 tonnes of plastic ends up in our landfills every year. [3] 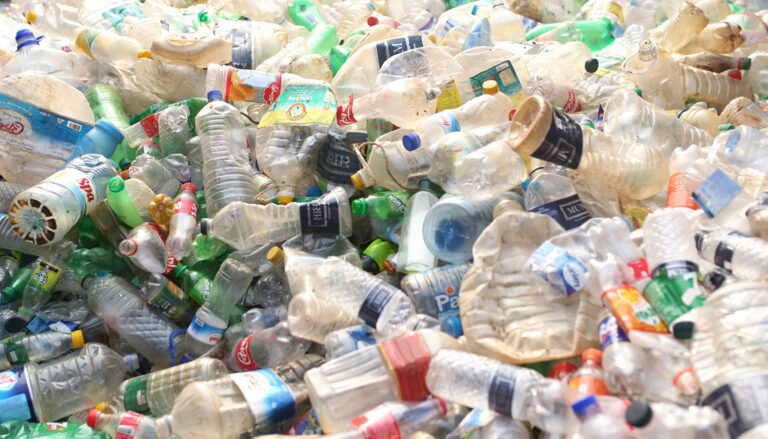 Why is plastic such a problem?

By the beginning of the 20th century, people could buy hair combs and clothes with buttons that were not made of ivory, but plastic as we know it today. Plastic has only really been commonly used over the last 70 years or so, but in that time it has transformed everything from packaging to product design and retailing. What was a solution before, is now a persistent problem. Plastic lasts forever. Every piece of plastic ever made (that has not been recycled into another product) still exists today. [4]

Plastic doesn’t biodegrade. When left in landfill it will take over 400 years to degrade, and even then, it never fully degrades – it only disintegrates into smaller and smaller pieces.

Plastics have also ended up in our oceans, with devastating effects on marine life. Scientists have estimated that 8 million metric tonnes of plastic ends up in our oceans every year! That’s one rubbish truck worth of plastic being tipped into the sea every minute. Birds, fish and mammals eat it, causing health issues, death and even species-level extinction. [3] They have also predicted that unless we make significant changes now, by 2050 there will be more plastic in the ocean than fish. [5]

Furthermore, the resources required to produce plastic have hugely detrimental effects on the planet. Producing a 475ml plastic (PET) bottle emits more than 100 times the amount of toxins to our air and water, than the same bottle made from glass. [6] 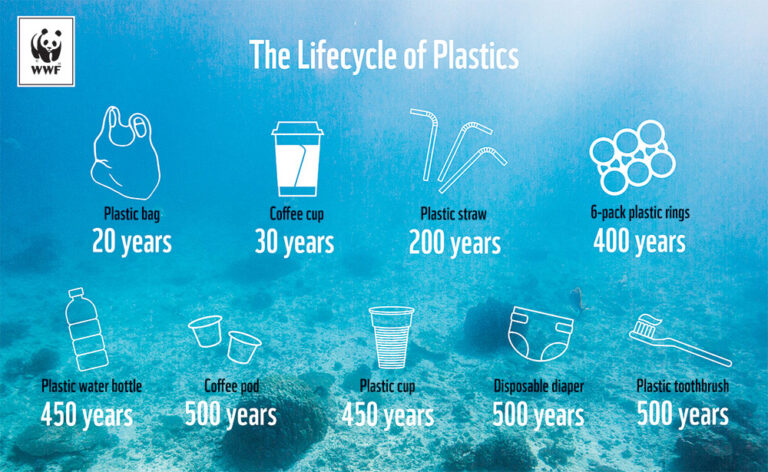 What can we change?

Reduce, reuse, recycle – or the 3 R’s. The best thing we can do is reduce our purchase and consumption of plastic items – actually of all consumables in the first place. (Clothing, food and electronic waste are a whole other area of massive waste, but I can’t cover everything at once!) Then consider what you can reuse or repurpose, rather than buying new. Thirdly, we can recycle. However as recycling costs more in energy and some items simply can’t be recycled (or not easily), we really need to focus on #1: reducing our waste.

Before you buy anything new, you should consider:

NZ is way behind the rest of the western world in waste management. It costs 18 times more to send waste to landfills in the UK compared to NZ. Higher landfill levies in NZ would reduce waste going to landfills. It is estimated that if we expand the waste levy, by 2025 we can divert 3 million tonnes of waste from landfill per annum and increase our recycling rate to 60%. [7]

The Auckland Council aims to be zero-waste by 2040. Zero-waste is a long-term goal, but there’s a lot we can do right now.

This is where “Plastic Free July” comes in (see more below). Take ownership of your waste footprint. Choose products without packaging or small amounts of recyclable packaging. Say no to plastic bags. Get behind initiatives to recycle plastic in your community, and where possible, try to reuse and shop wisely to lower the amount of plastic you throw away! 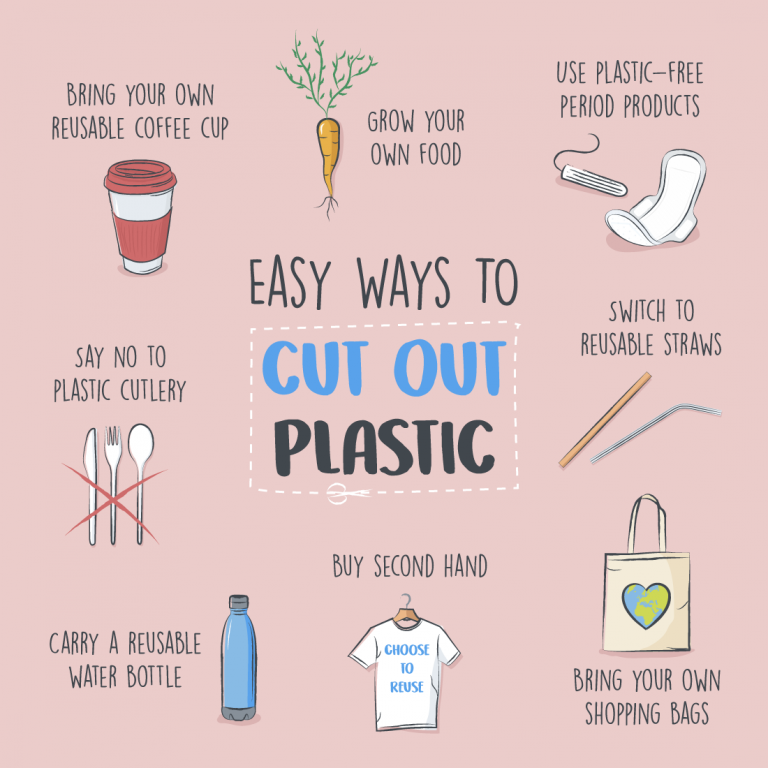 I first heard about, and took the Plastic Free July challenge 2 years ago, in July 2018. Like many others, I had started to realise the impact that years of plastic waste was having on our natural environments. Despite being a global problem, I felt that every small thing could help, and changing the minds of those around us – becoming more aware, could only be a positive change too.

The ‘Plastic Free July’ website provides resources and ideas “to help you (and millions of others around the world) reduce single-use plastic waste everyday at home, work, school, and even at your local café”. 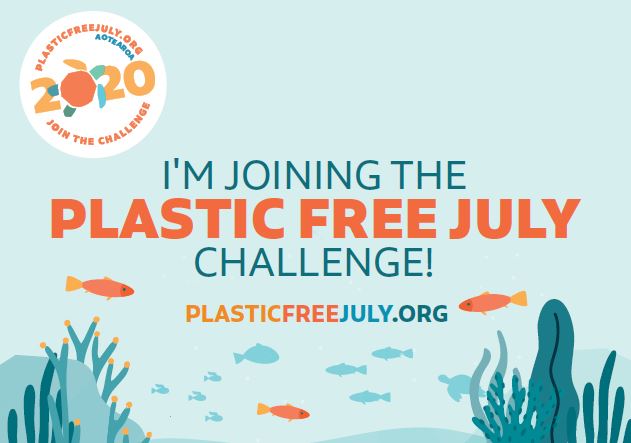 I made quite a few changes in that first year – discussing many things with my family, and some I just did myself. I already used the reusable bags for the supermarket and had my own (admittedly, plastic) refillable water bottle, but knew there was more – a lot more – that I could do.

The things I did personally, and within our home to reduce single-use plastic in that first year included: 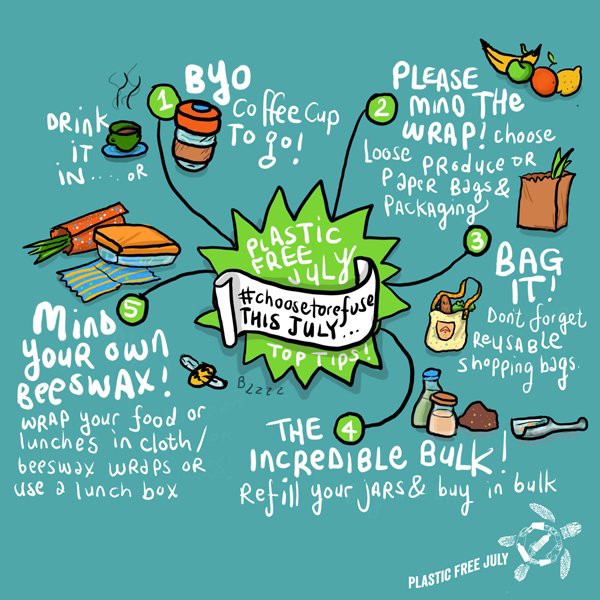 I also started to think more about the ways I could reduce plastic use and waste within Curlicue NZ.

Packaging was an obvious one, and then I started to think more about other issues, such as air miles, and supporting local NZ suppliers for products, rather than buying in from overseas. However there are some things you just can’t get (or as economically) in New Zealand!

What I did within Curlicue NZ to reduce single-use plastic, reduce waste and become more sustainable, included: 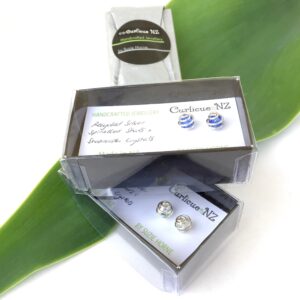 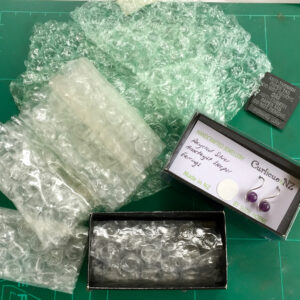 In July 2019 we were going on a trip to the UK, so I decided to use our travel as an opportunity to further reduce our plastic usage. Additional things I did included: 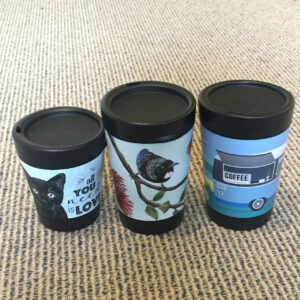 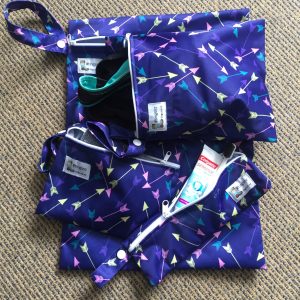 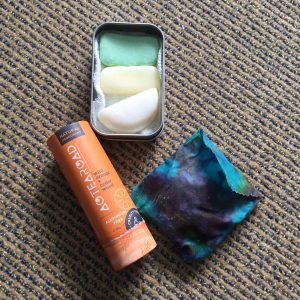 Since then – in the last 6 months, I’ve made some further changes – both personally and within Curlicue NZ, including:

“Our movement has inspired over 250 million participants in 177 countries.

You, making a small change, will collectively make a massive difference to our communities. You can choose to refuse single-use plastics in July (and beyond!)

Best of all, being part of Plastic Free July will help you to find great alternatives that can become new habits forever.”

I am excited to share that I have two new collections that will be coming out in a couple of months. One is my “Leaves” collection, which will be entirely made from 100% Sterling Silver, and a percentage of sales will go back to the Kauri Dieback cause via Forest and Bird NZ. The second is an earring collection called “R3” that will incorporate repurposed materials, such as plastic milk bottles, into beautiful earring designs, with sustainable silver hooks. 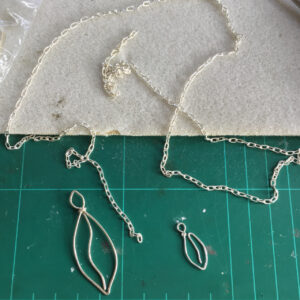 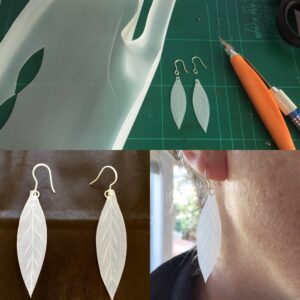 For now I feel comfortable in the knowledge that I’m trying my hardest, and that’s all anyone can ask. This year, Covid-19 has definitely made things trickier than it’s been in previous years! But please don’t let things you can’t do, get you down. This is an ongoing problem, not one that can be solved overnight… and 2 years on, I’m still trying to think of ways I can improve. There are plenty of things we can all do to change our habits – even inside the home.

I am in no way perfect (I don’t believe anyone is!) But I do believe that trying is the important part, and if everyone is more considerate of the environment and the terrible effect plastic waste can have on it, every small effort can help our future planet. After all, there is “no planet B”.

When you’re part of a movement with 250 million other people, then whatever you can do is going to have an impact. Collectively, all of our efforts are added together – your actions do count!

So, whether you’re looking to reduce, reuse, recycle or go completely plastic-free this July, making a few simple changes can create a positive change for our earth. If this month gives you the encouragement you need to turn those ideas into actions, then I’d call that a success!

To accept the challenge and find more ways you can help reduce plastic use this July and into our future, visit https://www.plasticfreejuly.org

For jewellery that supports you being eco-conscious: 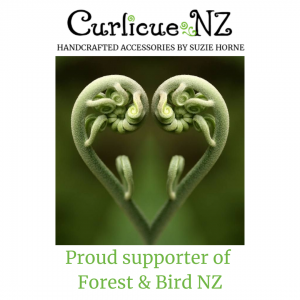 Due to the UK customs law changes, I can no longer sell to the UK from this website. However you can still purchase items through my Etsy shop: https://www.etsy.com/nz/shop/CurlicueNZ Dismiss